Both the camping and glamping sites are set where flower-rich grazing meadows meet 14-year-old native woodland.

Any profit from your stay helps us to meet our environmental aims and secure our future. 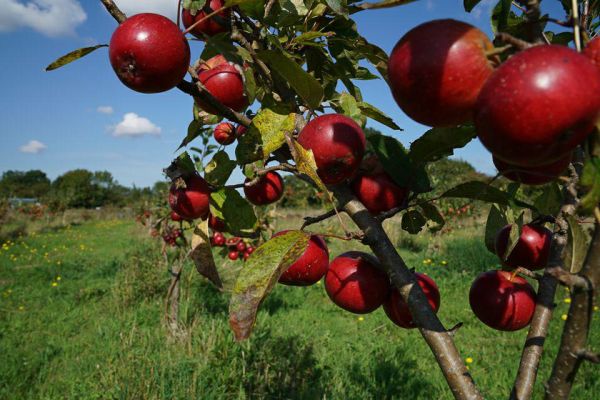 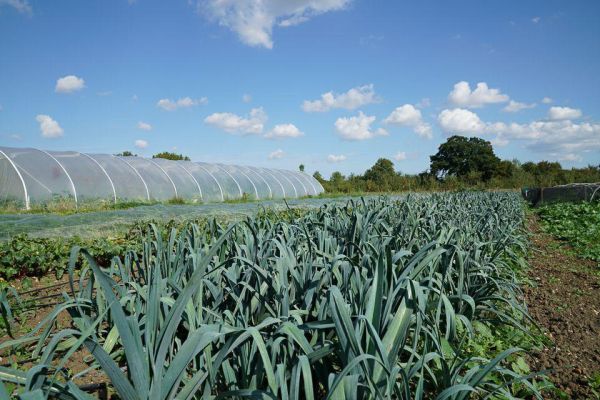 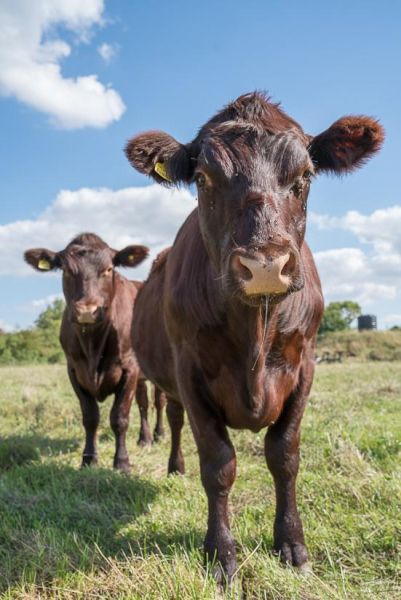 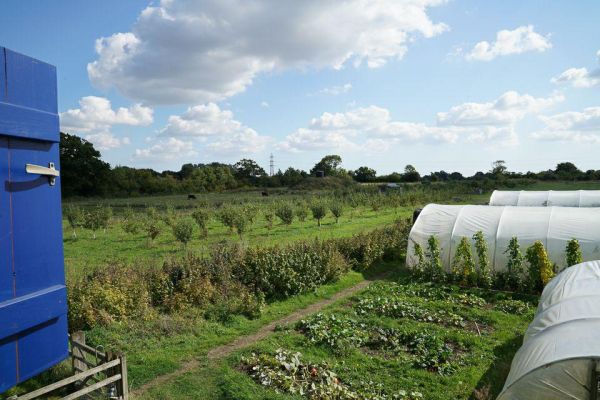 In 2005 a group of friends formed Common Ground Co-operative Ltd to buy the fields we now know as Berry Farm.

Between us, we were allotment holders, environmental activists, alt tech enthusiasts, conservationists and housing co-op founders. Our vision was to manage land in an ecologically sustainable manner while providing housing and livelihood opportunities for members.

One of the first things we did was to plant 5 acres of mixed native woodland. By managing them in a coppice rotation they provide both wildlife habitat and a sustainable source of firewood.

In 2009 National Lottery Grant funding helped us get the market garden project Greengrow Co-operative off the ground. Greengrow delivers fresh, seasonal, chemical-free veg in the local area as well as raising Red Poll cattle for beef. Grazing builds up organic matter in the soil, so by rotating cattle with vegetable growing the condition of the soil is sustained and we create a carbon sink. Our traditional hay meadows are home to wildflowers and invertebrates which in turn support the rest of the food chain. Birds of prey including barn owls and buzzards are often to be seen over the farm.

After an ambitious, but ultimately unsuccessful early attempt to be granted planning permission to build low impact housing for the whole group, as farmers we were now able to secure permission to build one home on the grounds of agricultural necessity. This now houses Hayley, Todd and their children while other members live nearby in the village.

Gradually the woodlands and meadows have transformed from an idea on a hand-drawn map to established sites of natural beauty. In 2016 we were asked if we could host a camp for a youth group when their usual campsite was fully booked. Seeing how much they enjoyed the space we were inspired to open up the campsite to a wider audience and later apply for planning permission for shepherd hut style holiday lets. This is a double win for us as we've always had an aim of making the countryside more accessible and the income from camping and glamping helps us achieve our environmental aims and secure the future of the farm.

Resident market gardeners Greengrow Co-operative rotate grazing cattle with mixed vegetable and fruit production to produce chemical-free food in a way that improves and maintains the condition of the soil and supports biodiversity. Learn more about them here

Food for your stay - as they will only ever sell you fresh, seasonal produce grown at Berry Farm and what's in season is constantly changing the best time to order is a week or two before your visit when they can predict what will be available.

On the Suffolk/Norfolk border, on the edge of the Broads National Park, Ilketshall St Andrew is a village of commons and footpaths which makes the countryside here really accessible. The 7 commons form a County Wildlife Site supporting species-rich meadows, scrub for turtle dove and ponds with great crested newts. The Angles Way and Sustrans National Cycle Route 1 both run through the village which is home to a 12th-century church with a recently restored and rare 14th Century 'Wheel of Fortune' mural.

We're about 3 miles each way from local towns Beccles and Bungay where you can find a range of shops and places to eat. Seaside towns Southwold and Lowestoft are about a half-hour drive but our closest beach, a lovely cycle ride at 12.8 miles away is the beautiful undeveloped Covehithe.

An hour's cross country ramble away on the River Waveney is to our local pub The Geldeston Locks where as well as good food you can often catch live music, storytelling and some truly unique local events.